Pansies planted in the fall are vibrant and beautiful. They muddle through the winter, look brilliant in a frost, then come up shining again in the spring only to die in the heat that begins to brutalize Baltimore at the beginning of May. They never seem to retain their full glory for Mother’s Day. 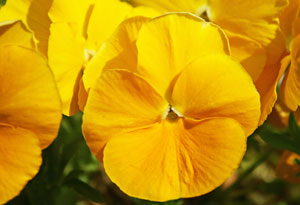 Year after year, I pull pansies from their containers on the patio the week before Mother’s Day to replace them with, well, whatever strikes me. If I had my preference, I’d have pansies all summer. But we know pansies don’t last through the summer. They don’t even last through Mother’s Day.

As I watch the passing of the pansies, I’ve been thinking that the Orioles are a lot like pansies — they don’t usually last until Mother’s Day, either. At least they haven’t for the past 14 years — a splash of excitement in the fall (like last year when they knocked Boston out of playoff contention on the last day of the season) with more color and hopefulness in the early spring (always in first place on opening day), then dead by Mother’s Day. 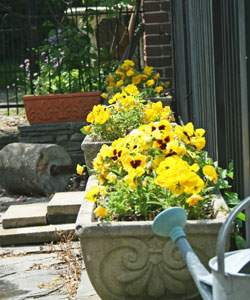 This year, not so much. Right now, we’re talking O’s in second place in the AL East having just taken two out of three from the Yankees in the Bronx. In the series before that, we beat Oakland two out of three at home. Sunday, the O’s scored five runs in the ninth inning to win. I don’t remember the last time I had such fun listening to a ninth inning broadcast. So, maybe there’s more baseball season to enjoy this year. I can only hope . . . because the Ravens, my favorite powerhouse perennials just lost T-Sizzle for the season.

The Boys of Summer by Roger Kahn is about the breaking of the color barrier in baseball and what happened to the men who did it.