It was market day at the Whitelock Community Farm — its first market day ever. Another goal accomplished in the Farm’s mission to take Reservoir Hill off the list of Baltimore’s food deserts. There was a steady flow of customers at the stand and the first greens of the season sold out.

I was the proud purchaser of two bunches of mustard greens and I will be trying a new recipe tomorrow.

Reservoir Hill is one of the prettiest neighborhoods in Baltimore — beautiful brick row houses with deep porches and eaved roofs just a stone’s throw away from Druid Hill Park. According to the folks at Whitelock Farm, Reservoir Hill is Baltimore’s hippest ‘hood. Well, today the corner at Whitelock Street and Brookfield Avenue was alive with activity — the market stand was engaged in commerce, a community garden was getting organized, trees were being mulched and underplanted and kids were out creating chalk art on the sidewalk. It was absolutely vibrant. 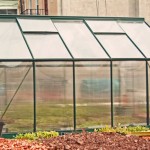 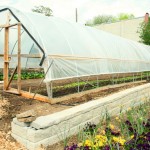 The Farm looks fabulous. The hoop house is rocking great looking lettuce and spinach. The greenhouse is full of hot weather plants for the Farm and to be sold to the public on May 5th at the plant sale. 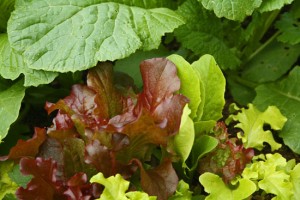 So, be sure to visit. There’s a new gem in our City.

One thought on “Everything’s Coming Up Green”