Detroit has fallen on some hard times. Its wealth and prosperity are gone. What was once a vibrant city with two million inhabitants has become a broken, hollow and burnt out shell — almost. Scratch the grime encrusted surface of this city and you can still make out the grandeur that was there during the first half of the 20th century. And while the wealth may have abandoned the city, the sports fans have not. Detroit is rocking in the world of hockey, football and baseball. And they have a basketball team, I understand. 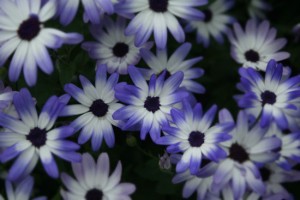 A lacrosse game brought me to the Motor City this past weekend — between Detroit Mercy and Jacksonville. While I was there, I scratched some dirt off the city and found the Anna Scripps Whitcomb Conservatory and Formal Gardens (1904) on Belle Isle, an island park in the Detroit River overlooking Canada. 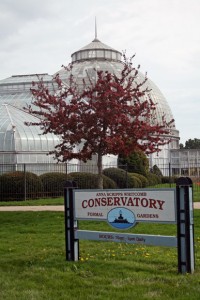 I have a weakness for glass houses and this one did not disappoint. To my undiscerning eye, it is a beautifully preserved building in a stately setting on the island. An island which is now set up for what looks like urban Grand Prix racing and is also home to the abandoned and decaying Detroit Yacht Club. I was greeted by welcoming volunteers at the Conservatory who told me there was no admission. A surprise given Detroit’s (and any city’s, including my own) shortage of budget funds. 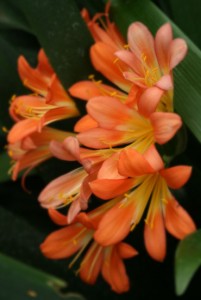 There was a nice crowd there, the rain had stopped and we were free to wander the conservatory and the grounds until closing.

The Easter Show of white lilies and blue anemones was still on display and in its prime. The house collection of orchids was performing nicely as well. The agave and cactus plants made for a wonderful textural contrast against the industrial structure of the house. A step or two outside the Conservatory and the City’s ruined presence reappeared. Detroit really is a vast land mass and spread throughout are burned out shells of homes. A sense of sadness pervades the town. 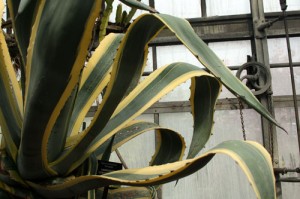 Even the most affluent neighborhoods feel the effects of the decline. there are beautiful mansions with manicured lawns next to boarded up hovels. This town will never regain the life it had. But the flowers are still bloomin’ in the ruin. 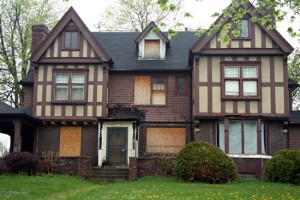